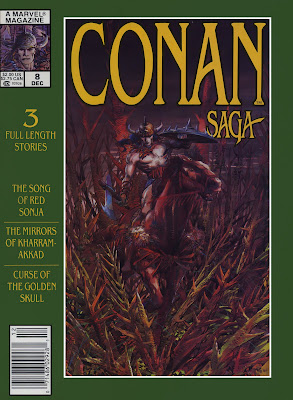 Conan the Barbarian hit the newsstands in the fall of 1970. Scripts were by Roy Thomas, and the art was by transplanted British artist Barry Windsor-Smith. Although he initially worked in a variation of the Marvel house style, Smith soon developed his own approach. His work became 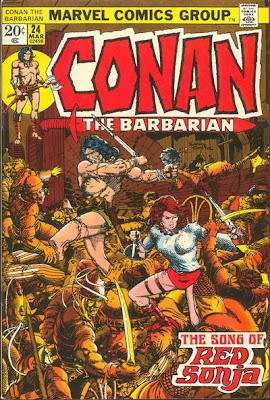 Thomas's adaptations drew much praise at the time. Smith, too, attracted attention and was soon winning awards from both his peers and his fans. He left the character in 1973 and was followed by several other artists, among them John Buscema, Ernie Chan, and Gil Kane. The shaggy hero continued for decades. The original Conan the Barbarian title ended with the 275th issue (July 1995). The black-and-white Conan Saga ended with the 97th issue (April 1995). These were followed through the late nineties by a series of Conan miniseries. While Conan seems to go on leave from time to time, there is little doubt of his eventual return. 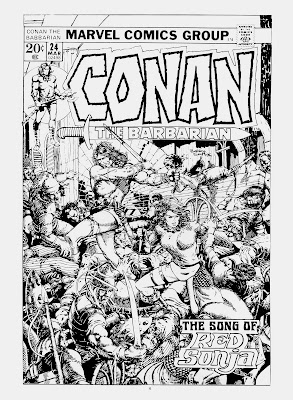 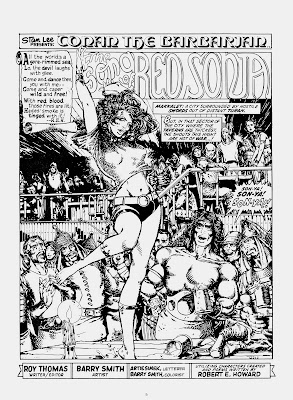 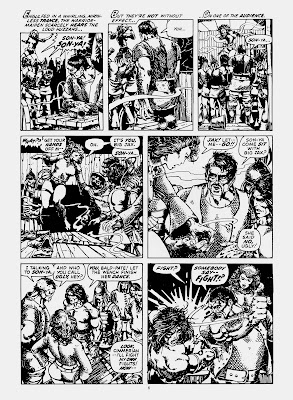 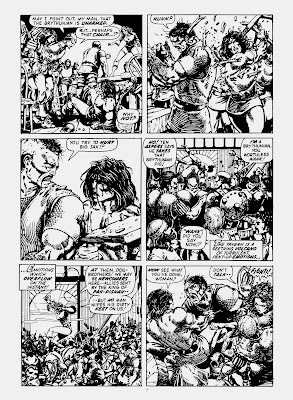 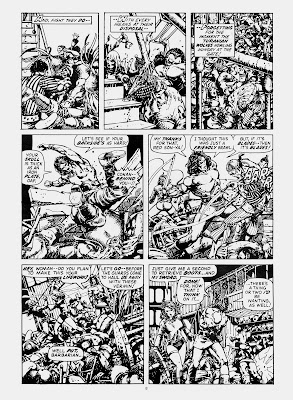 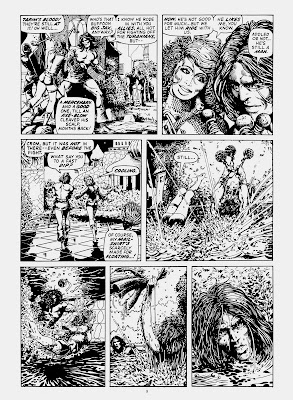 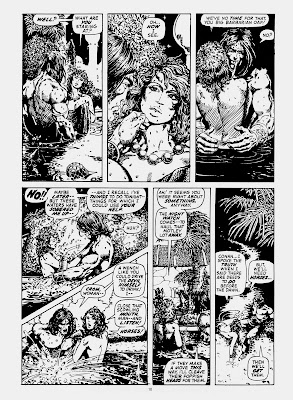 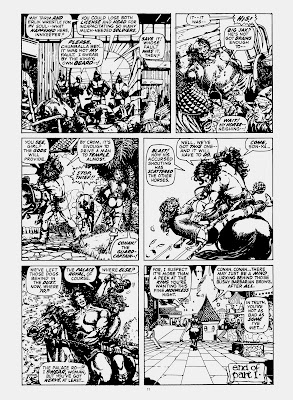 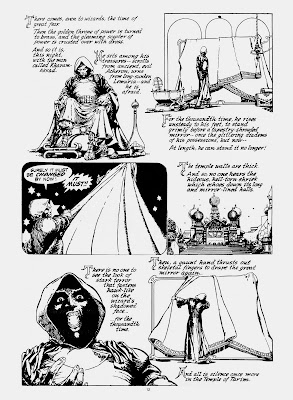 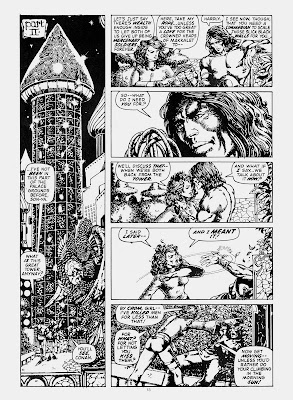 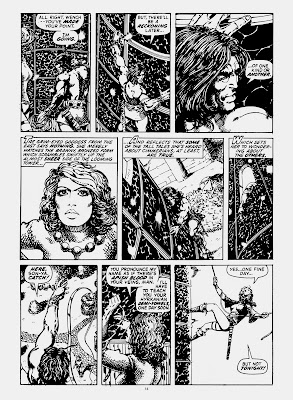 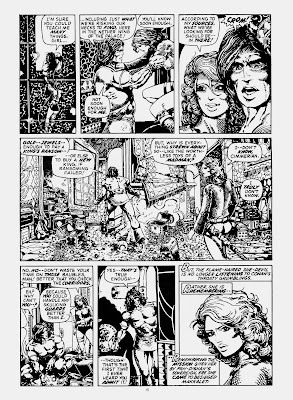 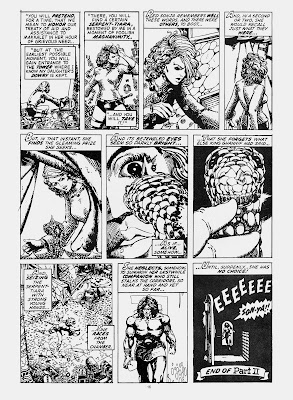 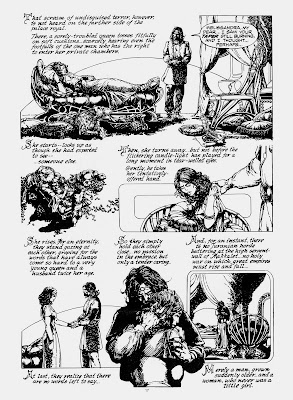 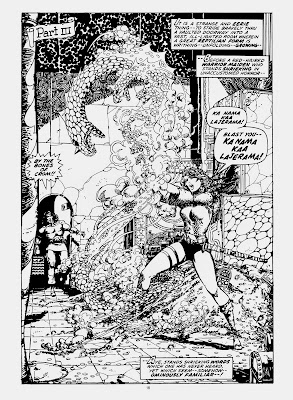 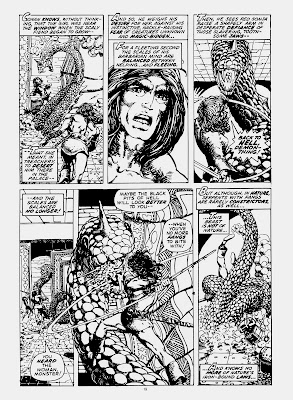 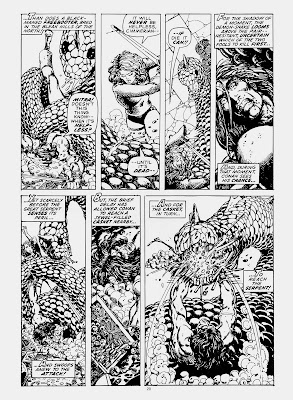 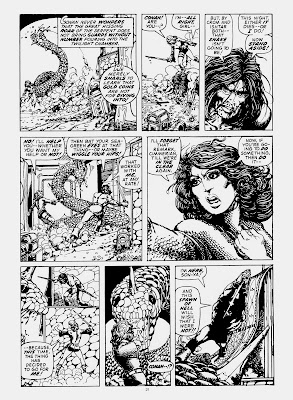 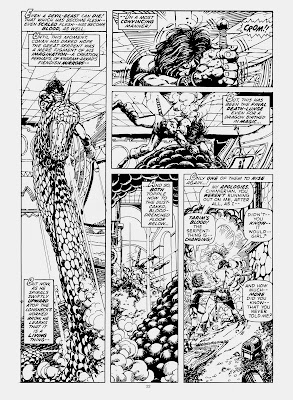 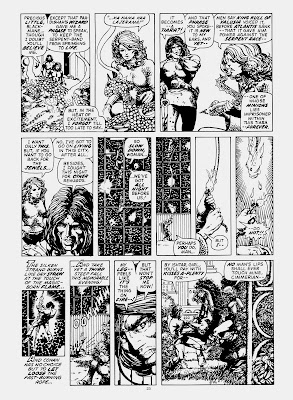 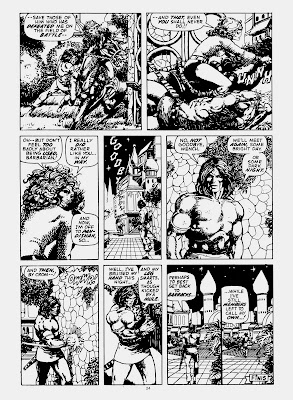 Red Sonja story continues in Conan Saga #31.
Posted by The Executioner at 6:00 AM No comments: Links to this post